B&S Credit Union have recently decided to implement the CalQRisk solution to streamline its Governance, Risk Management & Compliance efforts. This makes B&S Credit Union the 90th credit union in Ireland to use CalQRisk.

Commenting on the news, Kevin Morahan, CEO at B&S Credit Union, said “We’re looking forward to rolling CalQRisk out across the organisation. We immediately saw the benefits – the solution will help us with the maintenance of our risk register, completion of our Annual Compliance Statement, KPI tracking, meeting management and much more.”

Chris Hanlon, CEO at CalQRisk, also commented, saying “We’re delighted that B&S Credit Union have decided to implement CalQRisk. This further solidifies our position as the market leader in the credit union sector. We’re not one to rest on our laurels though – we’ve made significant enhancements throughout 2022, including the release of a dedicated Third Parties / Outsourcing module, a Meetings module, and compliance gap analysis functionality against CP138 & CP 140 to name just a few recent updates.” 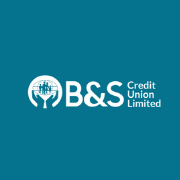 B&S Credit Union is a community financial co-operative which serves over 13,000 members in its common bond. The B&S Credit Union has seen two changes of currency and premises, since its inception. Their common bond includes the areas of Ballybofey and Stranorlar, Cloghan, Drumkeen, Crossroads, Killygordon, Castlefinn and Convoy.

To find out more about how CalQRisk can streamline your governance, risk and compliance processes, request a free demo today.

How to Prepare for Cyber Attacks

The potential for cyber-attacks is an ever-increasing concern. Daily, there are stories about organisations, both large and small ...
Read More →

The Central Bank of Ireland has released a Discussion Paper on the review of the Consumer Protection Code. ...
Read More →

CalQRisk is delighted to be exhibiting at the MATs Summit 2022 in Stratford-Upon-Avon on October 13th and 14th. ...
Read More →

CalQRisk will be in attendance at the Charities Leadership Summit on September 15th, 2022.   This year's summit ...
Read More →

CalQRisk will be in attendance at the Brokers Ireland Meet the Market Day at the RDS on September ...
Read More →

CalQRisk will be attending the CUMA Autumn Conference on Sustainability and Strategy. The conference takes place on September  ...
Read More →

What is Operational Resilience?

Many organisations aim to be operationally resilient, however, what this means and how to practically achieve it can ...
Read More →

CalQRisk is delighted to be shortlisted for the Risk Management Product of the Year at the CIR Risk ...
Read More →

Featured Risk and the Failure to Establish a Risk Conscious Culture

One of the first banking scandals of scale was the fraudulent Treasury securities bids by Salomon Brothers traders ...
Read More →
We use cookies on our website to give you the most relevant experience by remembering your preferences and repeat visits. By clicking “Accept All”, you consent to the use of ALL the cookies. However, you may visit "Cookie Settings" to provide a controlled consent.
Cookie SettingsReject AllAccept All
Manage consent

This website uses cookies to improve your experience while you navigate through the website. Out of these, the cookies that are categorized as necessary are stored on your browser as they are essential for the working of basic functionalities of the website.

We also use third-party cookies that help us to analyse and understand how you use this website. These cookies will be stored in your browser only with your consent. You have the choice to opt-out of these cookies; doing so may affect your browsing experience.
Necessary Always Enabled
Necessary cookies are absolutely essential for the website to function properly. These cookies ensure basic functionalities and security features of the website, anonymously.
Functional
Functional cookies help to perform certain functionalities like sharing the content of the website on social media platforms, collect feedbacks, and other third-party features.
Performance
Performance cookies are used to understand and analyze the key performance indexes of the website which helps in delivering a better user experience for the visitors.
Analytics
Analytical cookies are used to understand how visitors interact with the website. These cookies help provide information on metrics the number of visitors, bounce rate, traffic source, etc.
Advertisement
Advertisement cookies are used to provide visitors with relevant ads and marketing campaigns. These cookies track visitors across websites and collect information to provide customized ads.
Others
Other uncategorized cookies are those that are being analyzed and have not been classified into a category as yet.
SAVE & ACCEPT
Powered by