Featured Risk and the Failure to Establish a Risk Conscious Culture

One of the first banking scandals of scale was the fraudulent Treasury securities bids by Salomon Brothers traders over a six-month period between December 1990 and May 1991. In the aftermath, the CEO was forced to resign, the major shareholder and board director Warren Buffet took over as interim chair, a rogue trader was handed a four-month jail sentence for lying to the regulator, and the investment bank was fined US$290 million.

In the opening statement of his testimony before a congressional hearing on the matter, Warren Buffet, referring to his infamous ‘newspaper test’, said: 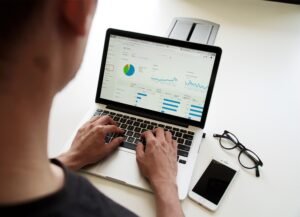 Leadership and governance are allied. Good governance is an outcome of the culture and values the leadership lives. The capacity to articulate the vision and mission of the organisation and to establish and maintain its culture is the responsibility of the leadership team, the board, and the CEO. These people are the keepers of the culture in which the organisation’s mission can be achieved and everybody involved can be justifiably proud of what they are contributing and take satisfaction from their contribution to the collective effort.

As Buffet suggests, mistakes can and will be made but there should be no tolerance for behaviour that in unethical, illegal or corrupt. Anything that damages the reputation of the organisation or that of any of its stakeholders. 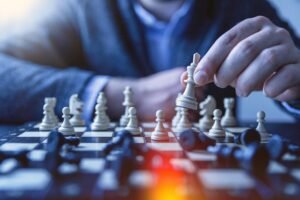 The CEO and Board own the responsibility to protect the enterprise’s reputation. They must encourage key decision-makers across the company to engage in ethical and responsible business behaviour consistent with the organisation’s core values. That task revolves around laying out the parameters within which decision-makers function within applicable laws, regulations, and internal policies. This entails articulating boundaries around the levels of risk the organization is willing to accept, and those risks it intends to avoid at all costs (such as endangering the health and safety of the public). Strategic, operational, and financial parameters should also be expressed.

It is important to be bullish in pursuing entrepreneurial opportunities and the goals of the organisation, but it’s also crucial to clarify the parameters of acceptability around those pursuits.

The featured risk here is Failure to establish and maintain a risk-conscious culture. It is one group of risks that look at reputation, behaviour, and culture and which will, when assessed honestly, offer insights into the tone at the top of any organisation. This risk assessment takes a risk-based approach to identifying the controls that are or should be in place and to setting out appropriate boundaries for reducing risk arising from uncertainty about what the organisation is willing to tolerate in terms of behaviour, shortcuts, corruption, etc.

Obviously, setting these boundaries implies that in the first instance there is a way to identify if, and, or when the set limits are being breached and that there is certainty about what the corrective actions will be when breaches, and those who commit them, are identified.

10 Things to Ask When Outsourcing / Choosing a Supplier

Many organisations choose to outsource critical functions or services to third parties/contractors. However, outsourcing the work does not ...
Read More →

Top Risks for Charities in 2023

As charities work to address some of society’s most pressing issues, they are faced with a wide range ...
Read More →

Risk is the effect of uncertainty on objectives. Climate change, along with its broader environmental, social and governance ...
Read More →

How to Prepare for Cyber Attacks

The potential for cyber-attacks is an ever-increasing concern. Daily, there are stories about organisations, both large and small ...
Read More →

The Central Bank of Ireland has released a Discussion Paper on the review of the Consumer Protection Code. ...
Read More →

CalQRisk is delighted to be exhibiting at the MATs Summit 2022 in Stratford-Upon-Avon on October 13th and 14th. ...
Read More →

CalQRisk will be in attendance at the Charities Leadership Summit on September 15th, 2022.   This year's summit ...
Read More →

CalQRisk will be in attendance at the Brokers Ireland Meet the Market Day at the RDS on September ...
Read More →

CalQRisk will be attending the CUMA Autumn Conference on Sustainability and Strategy. The conference takes place on September  ...
Read More →
We use cookies on our website to give you the most relevant experience by remembering your preferences and repeat visits. By clicking “Accept All”, you consent to the use of ALL the cookies. However, you may visit "Cookie Settings" to provide a controlled consent.
Cookie SettingsReject AllAccept All
Manage consent

This website uses cookies to improve your experience while you navigate through the website. Out of these, the cookies that are categorized as necessary are stored on your browser as they are essential for the working of basic functionalities of the website.

We also use third-party cookies that help us to analyse and understand how you use this website. These cookies will be stored in your browser only with your consent. You have the choice to opt-out of these cookies; doing so may affect your browsing experience.
Necessary Always Enabled
Necessary cookies are absolutely essential for the website to function properly. These cookies ensure basic functionalities and security features of the website, anonymously.
Functional
Functional cookies help to perform certain functionalities like sharing the content of the website on social media platforms, collect feedbacks, and other third-party features.
Performance
Performance cookies are used to understand and analyze the key performance indexes of the website which helps in delivering a better user experience for the visitors.
Analytics
Analytical cookies are used to understand how visitors interact with the website. These cookies help provide information on metrics the number of visitors, bounce rate, traffic source, etc.
Advertisement
Advertisement cookies are used to provide visitors with relevant ads and marketing campaigns. These cookies track visitors across websites and collect information to provide customized ads.
Others
Other uncategorized cookies are those that are being analyzed and have not been classified into a category as yet.
SAVE & ACCEPT
Powered by