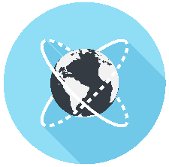 Planning for a pandemic

Talk about timing. The trip to Boston was planned months ago. The research was completed before Christmas. The scenario was all planned… and then real-life caught up.

Our client wanted us to facilitate a desktop walk-through of a pandemic scenario to test whether or not their business continuity plan would be good enough to support their response. The exercise was planned for Wednesday, January 22nd. On Tuesday 21st we went through the scenario with the business continuity manager to ensure it was credible; we knew this would be vital if we were going to keep 20 people engaged for two hours.

On Monday 20th, news broke of the first confirmed US case of the new Corona-virus and that three US airports had decided to screen passengers travelling from China’s Wuhan province. So, we worked this new information into the exercise introduction along with commentary from America’s Centers for Disease Control and Prevention (CDC), who reported that there were now 40 confirmed cases and two deaths worldwide. By the morning of Wednesday 22nd, just before the exercise was due to begin, we updated that information to nine deaths and over 200 cases.

Boy, did we have people’s attention.

The scenario began with a meeting of the organisation’s global managers. Held in Boston, it included participants who had travelled from several countries in the Far East. On returning home, one of these visitors became ill. The first questions were: was he infected when he was in Boston? Who else is feeling unwell? Maybe we should all go home!

Calm restored, we then walked through a scenario of ever-decreasing numbers available to work – identifying what must be done and what could be suspended. Who could work from home and when did they last do a day’s work from home? What do we do if somebody falls ill at work? The questions were good and relevant… and there were a lot of them. Certainly, one got the feeling that some were treating this as a real event and not just an exercise.

People were genuinely concerned. Not every jurisdiction has the generous sick pay conditions enjoyed in Europe so a pandemic was quickly recognised as a financial concern by individuals. After two hours of constructive panic a number of actions were identified, including:

·      a review of sick-pay and travel policies (to cover pandemic situation);

·       checking the business interruption insurance to see what is covered;

·       ensuring the availability of skills through planned cross-training and more.

Many business continuity plans cater for loss of systems or loss of buildings, but few truly address the scenario where up to 50% of employees are unable to work for several weeks. The good news is that with a bit of planning the panic can be controlled and total disaster avoided. Some preparation is required, which will also be effective in addressing short term succession planning type scenarios, but knowing that you have the resilience to cope with a severe reduction in staff for several weeks gives great comfort to staff, the senior management team and other stakeholders.

For details on how CalQRisk can benefit your organisation, contact us today.